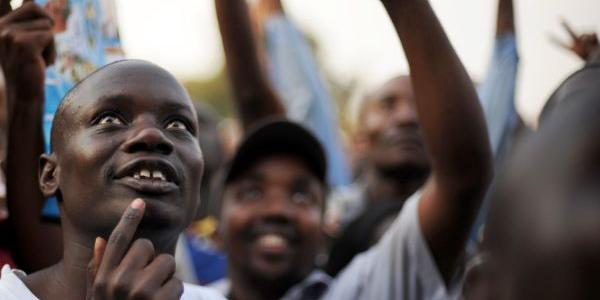 What can be done about the broken justice systems around the world, particularly those in developing countries? We need first to understand the history of those countries.

When I was a child, I was fascinated by maps. I had a world map in which vast areas were coloured in Red, which I was proudly told by my parents was the British Empire. An empire where ‘the sun never set’ and I felt special and privileged to belong to the ‘best country on earth’! In fact, most of the world, two hundred years ago, was controlled be european nations: Great Britain, France, Spain, Portugal, Russia and even Belgium. Colonies spread though the South and Central America, most of Africa and great swathes of Asia. It was the colonial era.

But these colonies could not be held forever. First the United States broke away, then South American countries threw off the shackles of Spain and Portugal. After World War II, India gained its independence followed by many other countries in Asia and Africa. When I was sixteen, British prime minister, Harold MacMillan, made a famous speech in South Africa after having visited other African countries.

“The wind of change is blowing through this continent and whether we like it or not, this growth of national consciousness is a political fact. And we must all accept it as a fact, and our national policies must take account of it.

We (that is the British) reject the idea of any inherent superiority of one race over another, our policy therefore is non-racial. It offers a future in which Africans, Europeans, Asians, the Peoples of the Pacific and others with whom we are concerned, will all play their full part as citizens in the country where they live, and in which feelings of race will be submerged in loyalty to new nations.”

Let us look at India under British Rule. How did a few tens of thousand of British soldiers and administrators control the population of this  vast sub-continent? 150 years ago Robert Peel was forming a new police force in Britain designed to protect ordinary people from the lawlessness which was endemic at that time. But at the same time, in Ireland, English forces and English land-owners controlled the country. In Ireland a very different police force was created to protect the state, and the few very rich Englishmen who profited by exploiting the general population. The police in Ireland were there to protect the state, and the elite, from ordinary people.

It was the Irish model which was exported to India, and colonies throughout the world. The police and the courts in India were not interested in crimes committed by one Indian against another. They were there to protect British Interests, British people and a few elite Indians from the general public. The whole of the ‘justice’ system was only designed to protect the state, not individuals. Were they successful? Yes, they were extremely successful in achieving their stated aim! No, they failed miserably if measured from the standpoint of justice for all.

I would have thought that patriotic local people, who achieved independence from their colonial masters, would be keen to model a new criminal justice system. A police force, prosecutors and courts that were designed to protect vulnerable people from criminals and thugs hired by rich people. How naive of me? The new rulers of independent countries quickly found that the old, colonial system suited them just fine! Things carried on as before except that those protected were the politicians, rich companies and individuals and the ‘status quo’.

In my blog article last week, I painted a dismal picture of violence against the poor – but it does reflect the reality in many developing countries. But it is not a uniform reality. There are signs of hope and there are many justice system professionals who are making fine efforts to remodel the system to deal with the violence to the poor and vulnerable.

What is good for the whole of humanity is a justice system which protects everyone, rich and poor, the vulnerable and the strong, the voiceless and the vociferous. We need it in developed counties, in emerging economies and in the whole of a developing world. It is actually in the interests of the prosperous and the elite, as the development and prosperity of your nation depends upon it.

If you are reading this article, I guess that you are either an educated westerner, concerned about justice, or you are an educated (you are reading in English!), and somewhat privileged citizen of a developing country. If you are the latter, you can really make a difference by promoting justice in your own country. Do not underestimate the power of public opinion. When there are enough people crying out for a fair system, state and local politicians will take notice and act.

I hear someone say, “How dare you, a fairly middle-class man, living in a rich country, make judgements on our criminal justice system?” Fair point, but listen to my heart. Knowing human nature, violence and exploitation of the poor and vulnerable is normal. A culture of violence is the default state. In the United Kingdom, the United States and other ‘western’ countries, violence was endemic 1-200 years ago. This culture of violence is still endemic throughout the world. To say that this culture of violence is still endemic in certain countries is not a racist judgement but a statement that this is human nature. I look back on history with shame as I realise that my ancestors were equally guilty.

But a state can put into place a justice system which does protect its citizens. I am an optimist. Changing public opinion takes time but it can, and will, happen. We are separated by time, by years rather than kilometres. It is a matter of history not geography.

3 thoughts on “Broken justice systems: the legacy of Colonies”