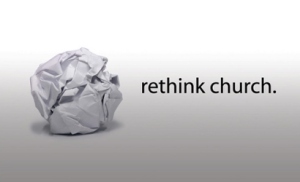 We need a church which is a community effective within the wider community. 500 years ago, Martin Luther nailed his ninety-five thesis to the door of his church in Germany in what is considered the start of the Reformation of the Church. I think that we are due a new reformation that will totally overturn the organisational structure of the church, radically effect our programs and many of our beliefs. In fact there are many hopeful signs that this process has already started.

Do we need our charitable status?

Church organisations are regarded as charities the U.K. under the heading, “propagation of religion”. As Jesus didn’t come to set up a new religion, and we are often quick to point out that we are nor religious, it could be regarded as hypocritical to seek charitable status for what is similar to a club of like-minded people. In my previous role in church finance I was certainly glad to take advantage of the tax refunded, (Gift Aid in the U.K.) so it would not be easy to forgo the advantages of charitable status, but sooner or later this would be needed in a reformed church.

Do we need buildings?

Church buildings, whether cathedrals or church halls are an enormous burden on the church worldwide.  Turn the historic buildings into museums and the chapels into housing. Halls can be rented when needed but otherwise disciples can meet in homes, coffee shops, pubs etc.

What do we need funds for?

Without buildings to maintain and employees to pay there would be no requirements for the accumulation of funds or bank accounts. Cash might still be needed, for instance to hire a hall, but this could be handled by trusted individuals.

The church is made up of people with a wide range of gifts. There may be some who need to devote their whole time to evangelism, caring for widows and orphans or in teaching etc., but their financial needs should be covered by individuals supporting them.

We are all called to serve one another. For far too long the church has been divided between clergy and lay people, pastors and members, or between “full-time” and others. I once knew of a man with a function in the community who felt he had no status unless he gave up his community work and called himself a pastor!

Gifts vary and there are bound to be some who are recognised as having more authority, but labelling that person with an official title does not help. There may well be a need for what Paul called ‘elders’, people who are respected by all and have authority in the church, who will serve the rest of us and provide guidance.

What about church boards, trustees, committees?

If we are not an organisation but people seeking to follow Jesus in our everyday lives, there is no need for an official committee to structure us.

No alignment to political parties

It is disastrous when christians feel they need to belong to a particular party or to have support for a political party preached from the pulpit. Over the years I have heard people say:

The fact is that there are many political views and individuals can be encouraged to be involved in local politics but there should be no official support for any one political party. (In Britain I am aware of a wide range of individual views within the church but in the U.S.A. politics divide christians in a greater way.)

A non organisational structure means that it is not the church’s responsibility to run or support particular charities. However individual followers can certainly be encouraged to be involved with charities and financially support charities. But is important that we are involved with the community and acts of kindness and compassion do not necessarily need a charity.

It was the desire of Jesus that his followers should be one, united by relationship with each other and with God.

Ecumenism – or top down

“Ecumenism refers to efforts by Christians of different Church traditions to develop closer relationships and better understandings. The term is also often used to refer to efforts towards the visible and organic unity of different Christian denominations in some form.” (Wikipedia)

When we think of efforts by church denominations to produce a united church we will either shudder with frustration or be excited by the possibilities. The trouble is that organisation gets in the way. At worst it produces another level of organisation.

Real unity is based on relationships not structure – bottom up

For unity to be successful it must be based on our relationships with each other and our relationship with God. It will come as Jesus works in the lives of people to “build his church”. It will not come about by conferences of church leaders or by trying to merge different organisations.

The Local Church and Community

I live in a large village/semi-rural suburb dominated by a few local towns. Christians who are in my area get in their cars on a Sunday morning and travel to dozens of church buildings within a 10 mile radius. In the church I attend only about 6 of us from my local area meet together on a Sunday to worship and fellowship together. We know of a few other church goers who live near us, but there must be many, many, more.

7 thoughts on “Where on earth is the Church going?”