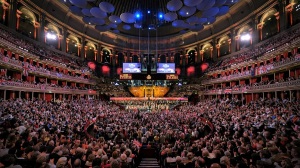 On Saturday, we missed the “Last night at the Proms” so watched it a few days later on “catchup”. Traditionally, the last part of the last night’s concert is full of patriotism, as they sing, “Land of hope and Glory”, “Rule Britannia”, “Jerusalem” and the national anthem.

Land of hope and glory?

I have been thinking about the song, “Land of Hope and Glory” and must ask myself some questions.

Firstly I must say that I am proud to be British but even more proud to be a member of the human race. I am indeed fortunate to be born in a wealthy country where there are so many opportunities, but I had no choice, I didn’t ask to be British! But with privilege comes responsibilities.

This song was written over 100 years ago, when the British Empire was at its height. “Wider still, and wider” was an expression of the wish to widen the borders of empire still further. I am a bit wary of the sentiment that God made Britain mighty and will make it even more mighty. Empires rise and fall, the Roman, Babylonian, Greek and Mongol empires are no more. The British empire has come to an end, but that doesn’t mean that we cannot be an influence for good in the world.

Righteousness exalts a nation, but sin is a reproach to any people. (Proverbs 14:34 – English Standard Version)

What makes a nation great is not the size of its army, not the wealth of its citizens, not the power of its industries, but justice towards its people and to the world. Righteousness is linked to justice in the bible, and sin is linked to injustice. If we really want to say that God has made Britain great, then we have to be an example to the world, and put peace ahead of military might, and look after the desperately poor, the disabled and the disadvantaged in our midst, and throughout the world.

This is my personal list of things which we could do to make this country (or any country) great and be an example and create a pattern of change for the world.

I want to be proud to be British again. We have so many privileges but we also have a responsibility to the world. We don’t have to go the way of the Romans or the Babylonians.