You’ve never had it so good

Pessimists and scare-mongerers like to say that the world is getting worse and worse. The opposite is true. Television news and newspapers make us more aware of problems throughout the world but statistics paint a very different picture. As Harold Macmillan said back in 1957,  “Most of our people […]

When it comes to human relationships, love, compassion and justice must go hand in hand. In talking about social justice I am not talking about justice as retribution or punishment but as justice in the way we treat our fellow-man. When people are wronged, they may cry out for justice […]

The net income of the top 100 billionaires in the world is enough to end extreme poverty four times over! This is according to a report by the charity Oxfam entitled “The Cost Of Inequality: How Wealth And Income Extremes Hurt Us All,”. The report states that efforts […]

‘Tis the season for Giving

Christine and I have recently joined a local choir and have been preparing hard for a Christmas concert. The choir is a secular choir but many of the pieces we sing are ‘Christian’ in nature. One such song starts as follows: ‘Tis the season for giving, ‘Tis the […]

As he came near to the end of his time on earth, Jesus told his disciples that they would do what he did and “greater works” than him. This is quite an amazing statement. What are the “greater works’ for us to do. Signs and Miracles are an […]

Freedom from the slavery of poverty

Freedom The desire for freedom is one of the most basic human needs. Wars and civil wars have been fought to seek freedom. This article explains how extreme poverty, and relative poverty, can be expressed as a lack of basic freedom. Slavery involves a total lack of freedom […]

Imagine living on the streets of a large city. Your income is pathetically small and is all spent on feeding your family. Your children seem always to be hungry and are susceptible to sickness and disease. Your daughter wants to get married but you cannot afford it. You […] 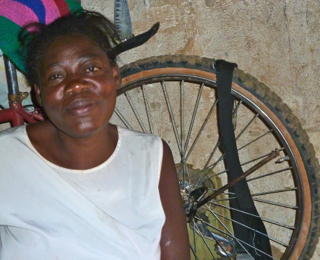 It is human nature to compare our living standards with others, in our community, or internationally, and feel that we are poor. Those who are by any definition, prosperous, may envy others their yachts or private jets. Those in more modest circumstances may feel poor because they cannot afford […]

The abolition of extreme poverty

Extreme poverty Extreme poverty exists when people lack the basic requirements for life. Lack of income means that the family suffer from malnutrition Lack of capital means there is no buffer when disaster strikes Lack of medicines to deal with preventable and curable diseases Lack of clean drinking […]