I was the founder of Karuna Action (formerly Kingscare) and was the director for 24 years. I have now handed control over to younger people but continue as an advisor and trustee.

My passion is to see extreme poverty eliminated and to see justice for the powerless.

A party for working people? (UK)

Apparently, George Osborne and Iain Duncan Smith have decided to cut benefits to people of working age. This will include tax credits payable to people in work and which support families on a very low income. They claim this is a part of, “making work pay“!  Many of those […]

We could all use a little grace

Christians are often accused of being judgemental, and unfortunately, this is often true. On last Sunday’s, “Song of Praise”, BBC programme I heard a song which really emphasises how we should not be so quick to judge other people and show “a little grace”. God shows an immense amount of […]

What we think God is like, affects not only our theology, but our relationship with him and the quality of our life. In the Middle Ages, he was pictured as an old man sitting on a cloud. According to how we interpret the Old Testament, we could see God as […]

Changing hearts to change the world

The other night I could not get to sleep for a while. I was thinking back over the last 70 years, and wondering, “Where has it all gone?” It has always been my passion to change the world and I have not achieved all that I set out […]

Vote with your heart

It’s general election time! It is our opportunity to change the way the our country is governed. But as individual voters, how do we decide who to vote for? If we know some of the candidates, we can vote for the person, but most of us have never […] 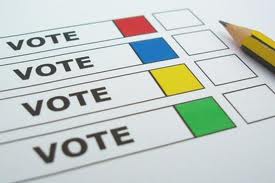 Does my vote count?

If you live in the United Kingdom you must know by now that we are about to have a general election. I say this for the benefit of my overseas readers, because in the U.K., newspapers and television are full of election coverage. Yet the election comes at a […]

Towards an alternative economy

We live in a capitalist economy, based on exchange of goods and services using the medium of money. When we buy or sell something, we make an agreed exchange of value. In theory nobody wins and nobody loses, but in practise the rich get richer and the poor […]

There is a cost to being opposed to violence. The cross stands out as the ultimate price of non-violence. Jesus allowed men of violence to nail him to that cross and apparently triumph over him. But the resurrection of Jesus from the dead was the ultimate triumph of love over […]

Does God love everyone?

In my last blog, I stated that God loves everyone, unconditionally and that love is the very nature of God. I believe that with all of my heart, but it is good to be challenged now and again. After publishing last week’s blog, a long-term friend came round […]